White people aren’t told that the color of their skin is a problem very often. We sail through police check points, don’t garner sideways glances in affluent neighborhoods, and are generally understood to be predispositioned for success based on a physical characteristic (the color of our skin) we have little control over beyond sunscreen and tanning oil.

After six years of working in and traveling through a number of different countries where white people are in the numerical minority, I’ve come to realize that there is one place being white is not only a hindrance, but negative –  most of the developing world. 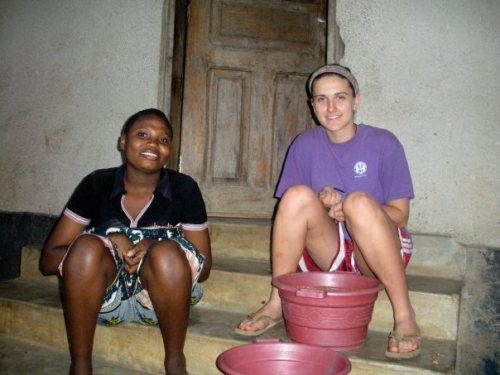 Removing rocks from buckets of beans in Tanzania.

In high school, I travelled to Tanzania as part of a school trip. There were 14 white girls, 1 black girl who, to her frustration, was called white by almost everyone we met in Tanzania, and a few teachers/chaperones…

One thought on “The Problem With Little White Girls (and Boys): Why I Stopped Being a Voluntourist”